Best Rides at Disney World for Toddlers and Babies?

Are you planning a trip to Disney with a baby or toddler?  I knew as soon as we had our first daughter we were already planning our first Disney trip!  I've heard so many questions about Disney with toddlers.

Is Disney worth it for a baby?  How old should my kids be when we take them to Disney?  What are the best rides at Disney World for a toddler or baby? 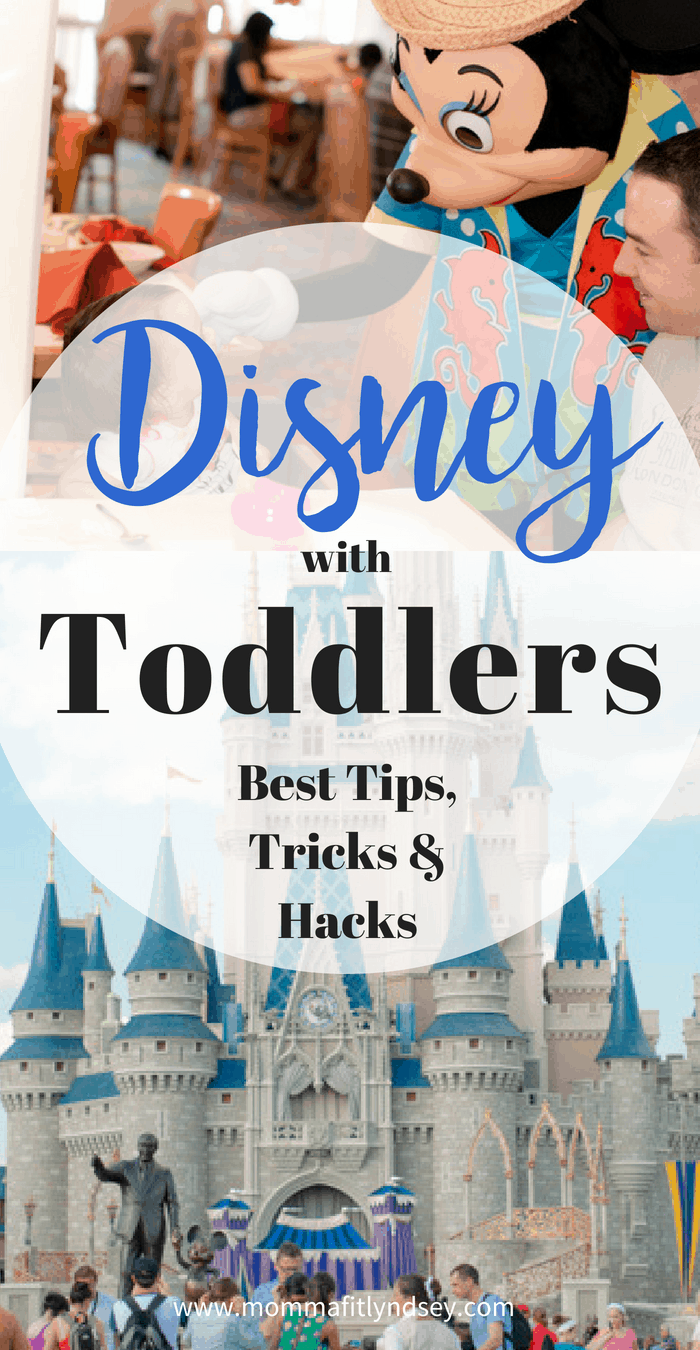 I had these same questions myself!  Truth be told, there is no magic age to enjoy the Disney magic.  But, there are a few things to consider and a few tips & tricks that might help you plan your trip to Disney with a toddler or baby.

The first is that when your child is ready for Disney will be completely dependent on your child.  Your child may be a mature two year old who understands what is going on and goes with the flow.  That child is completely ready to go to Disney.

You may have a child who isn't and needs to wait a few years, completely OK! I've been to Disney with a baby, toddler, preschooler and elementary-aged child.  I have no doubt we will continue to go with them as they grow into teens as well!

I think one of the main things to consider is what park will be best for your toddler or baby.  For our girls, until our oldest was seven, we focused most of our time on the Magic Kingdom.  This blog will cover my best tips for Magic Kingdom with a toddler!

I also believe Animal Kingdom is a great park for littles!  There are a bunch of interactions and rides they can do.  That will be in a separate upcoming post 🙂

We took our girls when:

-my oldest was 22 months.  She was definitely ready.  She has always been our mature child so taking her was a great decision.  Her favorite thing at this age was the Magic Kingdom.  She loved riding rides like Prince Charming's carousel and Dumbo. 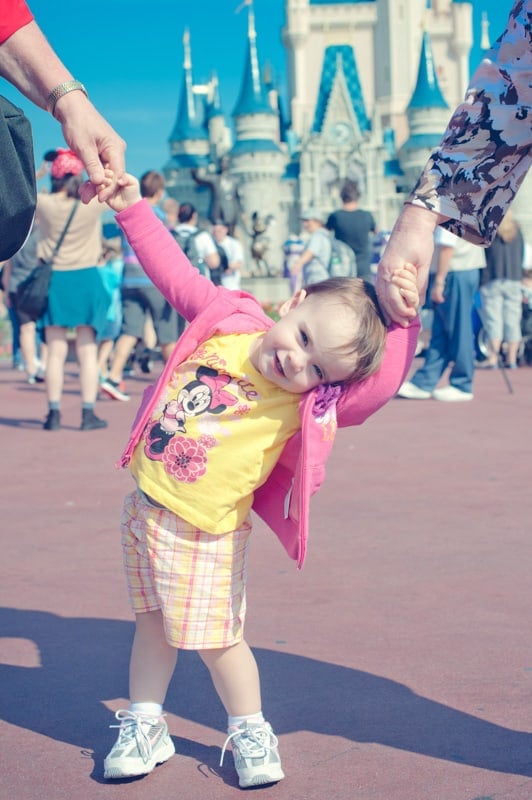 -her main challenge at this age was meeting characters.  From afar they were great but up close they scared her.  She eventually warmed up to them but it took several days.

We went again when

-my oldest was three and my youngest was seven months.  A very challenging but really awesome time.  The biggest challenge was the amount of stuff we had to take.  The cadillac of a stroller we brought was necessary but HUGE. 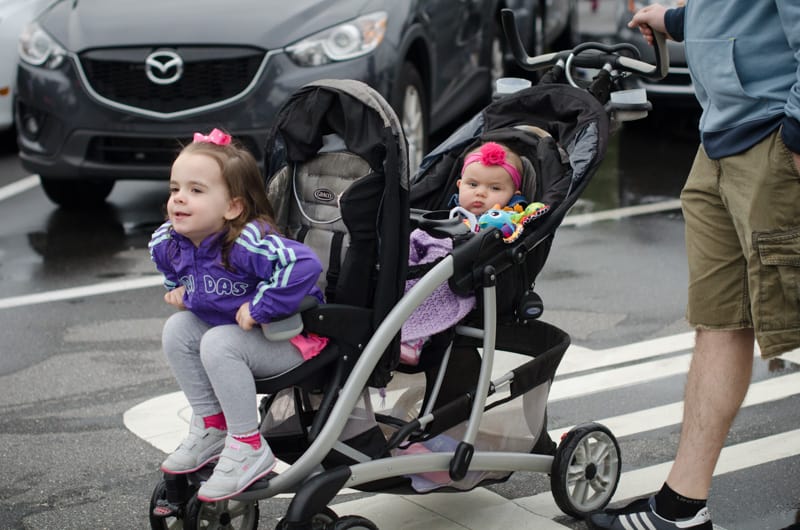 Do not be afraid to take your ginormous stroller to Disney though.  Yes it's a pain to break that thing down on the bus (you don't have to break it down on the monorail) but considering my youngest napped in it almost everyday it was perfect.  Plus it held all of the stuff we had to bring for a three and seven month old.

Strollers are everywhere and there is stroller parking for when you want to go on a ride.  Expect to park your stroller far away from the entrance of the attraction at times.

Our most recent trip to Disney

-my oldest was six and my youngest was three.  This was our most recent trip and it was awesome.  We were finally at an age where there were no diapers and no one napped.  The only challenge I would see at this age is that there are still varying degrees of interest.  My youngest was mostly entertained by the characters while my older daughter was more interested in thrill rides! 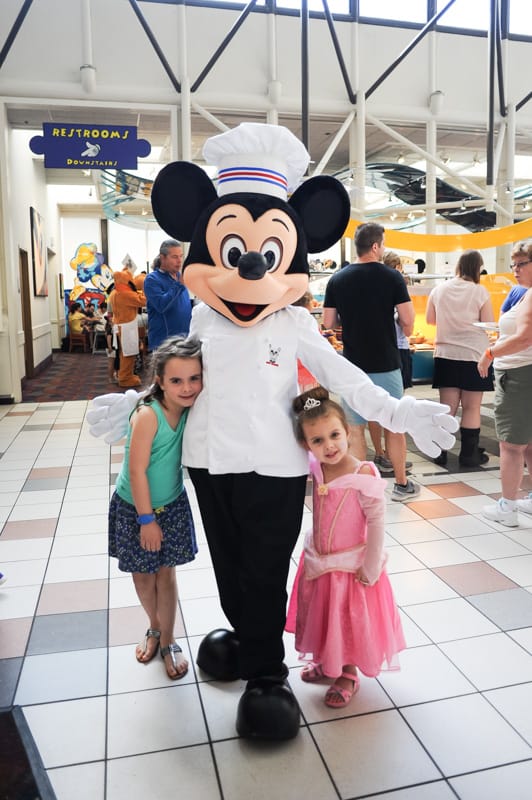 Each of our trips to Disney had it's own highs and lows.  Here are a few tips and tricks I've learned to make traveling to Disney with a baby or toddler a little bit easier!

Tips for Traveling to Disney with Baby 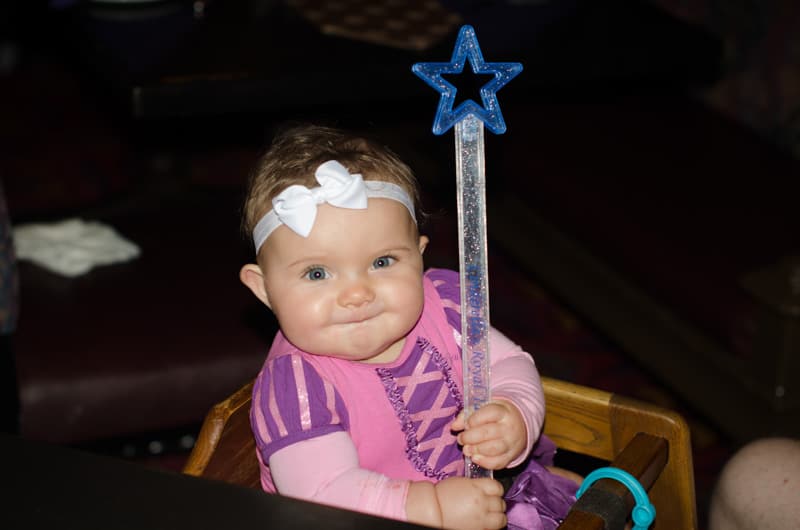 Tip 1:  Expect delays.  Disney can be a place where you want to be on a schedule.  But if you are traveling with a baby, delays are a part of life.

Tip 2:  Pack but don't overpack your park bag.  Our daughter was so content to sit in the stroller and look at all of the sights!  She was at the perfect age to take in everything.  We joked that during the trip she was either eating, sleeping or sitting in the stroller.  It was kind of amazing.

Tip 3:  Plan for diapers, baby food, baby supplies, formula, etc!  When we arrived in Orlando we took a detour to a store to pick up all of the baby essentials we would need for the week.  I didn't want to have to pack a ton of things so purchasing them in Orlando made traveling with a baby much easier.  You can also have items shipped to your hotel via Amazon Prime or Shipt which makes it even easier, no stops on the way!

Tips for Traveling to Disney with Toddlers

Tip 1:  Delays - expect them.  Traveling with toddlers is similar to babies in that sometimes they just don't stick to the schedule.  That is OK.  Another bus will come if you miss the first one.

Tip 2:  They don't understand lines.  When we took my daughter at 22 months she definitely had a hard time understanding how to wait.  She also did not like having to get off the rides.  We had to explain several times how rides worked and once she understood, she was better.

Tip 3:  They may still need a nap - plan for breaks if you can.  If your toddler will sleep in a stroller, perfect!  Our daughter was way too interested in what was going on around her to take a nap.  We planned our trips to the Magic Kingdom for early in the morning so she could take an afternoon nap.  That also allowed us to come back to the park later without a cranky toddler.

Tip 4:  They may still not be ready.  Disney might be too much for your toddler.  There is a lot going on sensory-wise.  Also - both of my girls were scared of the characters until about three.

Tip 5:  Find what works best for your kid and go with that.  If your toddler has an interest in something, go with it!  For us, that meant riding the teacups 20 times in a row 🙂

If there is any way to travel with one adult for each child, do that!  Or if you can at least group kids with similar ages together.

During our last trip to Disney, my husband and I split up on a few days to focus on age-appropriate activities.  My three year old loved meeting the characters so we went on a character hunt to get as many photos and autographs as possible.

My older daughter wanted to ride rides like Space Mountain and Big Thunder Mountain railroad so my hubby was able to take her without worrying about having my youngest as well.  She was also really into the Sorcerers of the Magic Kingdom.  It's a really fun and free game that she loved!  Being able to do what each other wanted made both girls happy!

Disney had a great planning guide for traveling with littles!

A Few Frequently Asked Questions about Disney with Toddlers and Babies

Are there rides at Disney for babies or toddlers?

Yes!  Surprisingly there are a ton of rides for babies and toddlers at Disney World.  All of them do require parental involvement (obviously).  My personal opinion is that the Magic Kingdom and Animal Kingdom are the two best Disney parks for toddlers and babies to enjoy.

My Picks for Best rides at Disney World for Toddlers

Prince Charming's Carousel
It's a Small World
Dumbo
The Many Adventures of Winnie the Pooh
Mad Tea Party (also known as the teacups 🙂 )
Mickey's Philharmagic - a movie-style interaction.  Yes, toddlers and babies can go but it is loud and dark.  Not exactly toddler-friendly to me.  My girls were not fans.
Peter Pan's flight
Country Bear Jamboree
Tomorrowland People Mover
Walt Disney World Railroad
The Magic Carpets of Aladdin

What is the best park at Disney for toddlers?

I believe that Magic Kingdom is the best Disney park for toddlers.  Fantasyland has so many kid-appropriate rides.  At that age, my daughters were most familiar with Mickey & his friends and the princesses.  It was perfect for them.

I also highly recommend Animal Kingdom for toddlers or babies.  There are a ton of animals and interactions to see.  My daughters loved meeting the characters and going on Kilimanjaro safaris.

Is there anything that my toddler will hate about Disney?

Yes.  Because they're toddlers and they hate random things.  It kind of makes no sense.  But yes, they will.

Fireworks, characters, waiting in line for rides, getting off of rides - these were all things that my daughter did not like.

Have you traveled to Disney with your kids yet?  What are the best rides at Disney World for your kids?  Tell me about your favorite rides and trips in the comments!

Join 20,312 other followers and subscribers in getting more family travel tips on a budget right to your inbox!  Download your FREE Monthly Budget Plan below!